The Open Access Switchboard - an introduction and an update 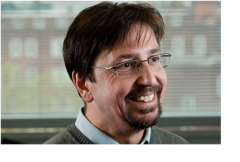 The Open Access Switchboard is an initiative begun by the Open Access Scholarly Publishing Association (OASPA), but it has become an entity in its own right since its official launch in January 2021, with UKRI, Wellcome and Jisc engaging with it as launching customers for the MVP. Jisc has subsequently negotiated a deal with the Switchboard that allows any HEI which is a Jisc member the chance to engage with the initiative for free.

What is the OA Switchboard?

By design and by purpose, the OA Switchboard is a neutral information exchange hub, streamlining the communication among funders, institutions, and publishers regarding OA publications. It is a tool that can be called upon as and when needed, or integrated in stakeholders’ own systems and workflows to achieve automation and scalability. Collaboratively developed as open source, community-governed and independent, the OA Switchboard enables shared infrastructure, bringing transparency, efficiency and cost effectiveness to the open access ecosystem. The system was developed by ELITEX and offers the ability to share standardised messages among those entities named above, benefiting researchers indirectly by helping the simplify the overly complicated landscape that open access can often be. The pervasive aim of the OASB is to help open access become the predominant mode of publication of publicly-funded research – a value which we have seen emphasised numerous times, particularly during the COVID pandemic.

Why Jisc is involved:

First and foremost, Jisc recognised that the OA Switchboard aligned with our vision and mission:

Vision: For the process, management and outputs of research to be as open as possible, as early as possible, and accessible to everyone

The chance to work with the Switchboard, which has support from a number of recognisable publishers and funders, was an opportunity to work with a particularly like-minded international collaborator.

In addition, it was actually some of our own members who had taken the first steps to sign up to the OASB prior to Jisc joining and to the agreement for the fee waiver. As an organisation that is community driven and membership based, we wanted to listen to what our members wanted us to do.

The “Real” value of the OA Switchboard:

The inverted commas are not meant to indicate cynicism but to suggest that the value of the OASB comes in both tangible and intangible forms. It is important to remember that the initiative is still in its infancy; it’s only 6 months old but growing significantly with each iteration and collaborative partner joining. To date, it now has six funders engaged, seven consortia, including Jisc, and twelve publishers. From the UK, ten HEI have agreed to sign up to the Switchboard, with another ten or so in the pipeline. VSNU in The Netherlands has negotiated a similar deal outlined above and are signing up their universities for inclusion. Given a short period of time, that amount of interest is certainly still intangible in many ways, but it is significant.

The more tangible benefit from the service is two-fold: first, institutions, publishers, and funders who join can have a voice in how things move forward. As Yvonne Campfens, Executive Director of the Switchboard, has repeatedly said, it is a totally agnostic system that wants to work with whatever other systems that can integrate with it via an API or a UI. Ed Pence from Crossref once said some years ago to a then still-fledgling ORCID initiative, that they won’t reach critical mass unless people start getting and using ORCIDs; the same is here with the Switchboard. The more people who sign up will mean the better the system will become.

The second is that the messaging system already works and a number of participating publishers are already using it “in anger”. One of the issues that complicates so much of the OA publication landscape is specifically the exchange of information regarding an OA publication – eligibility, acceptance, authorisation, and acceptance. The OASB allows for the transmission of standardised messages that can go directly into an inbox, either in the Switchboard, or into some other service, such as Jisc Monitor, which we are working on hopefully to fully integrate with the Switchboard via an open API. The opportunity to simplify some of the processes surrounding OA publication and reporting makes the service something which could become a real game changer. The OA Switchboard’s standardized messaging protocol means that institutions won’t need to spend time synthesizing widely variable reporting formats, or manually filling in the gaps of missing information.

Ivo Verbeek from ELITEX, commented that “Over the last months we’ve helped various publishers connect to the OA Switchboard via a so-called ‘custom connector’ … This involved sourcing and combining data from not only different systems, but also of varying nature... The biggest challenges were finding common identifiers across the sources and the (lack of) interoperability of legacy systems. PIDs help and enable!”

Yvonne Campfens' tagline is that “this isn’t rocket science”; this can work and we’re seeing that it does work, even six months in. The OA Switchboard aims to reduce complexity and the administrative burden for all stakeholders (including, indirectly, the researcher) by streamlining the communication among funders, institutions and publishers, using authoritative data. It strives for the research ecosystem to work better for researchers, funders, institutions and publishers, and their business partners, such that Open Access can be supported as the predominant model of publication.

​The OA Switchboard wants to support all OA business models (provided they preserve the integrity of scholarship), such as APC/BPC-based, membership arrangements, transformative agreements, subscribe-to-open, and Diamond, as well as all policies and types of scholarly output, e.g., journals, books, proceedings.

More information can be found in these links:

These views are the authors' own and do not necessarily reflect the views of UKSG.

The Open Access Switchboard - an introduction and an update

Catch up on the latest UKSG news