The have nots.. Or confessions of a (former) serials librarian 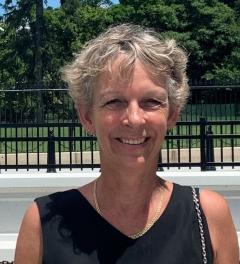 For most of my career, I have worked in Academic Libraries in Denmark and I have been pushing the move from print to e-since the late 90s. The benefits were obvious, suddenly these extremely expensive journals were available across campus saving researchers the trek to a remote campus library in the hope that the issue had arrived AND that a resident professor hadn’t spirited it away to his holiday cottage. Good national deals made this access universal across the country’s academic libraries. More researchers could access many more titles and usage of the big deals showed that we – the librarians- had often been completely off the mark when buying print titles, national usage statistics within the first five years showed that 5 out of the 20 most used titles had never been subscribed to..

By the mid-’00s things were actually in a pretty good shape, access had improved tremendously on a national level, not only did researchers have direct access to 20 times as many titles as earlier – they actually used (most of) them.

Also, for the Danish population in general, access had improved tremendously, before, getting a copy of an article from a title held in a campus library could take weeks if not months, now, with all Danish national deals having “walk-in-access”, it is possible to go to the main library and read/print it right away, or indeed order it through the local public library where it normally arrives as a pdf copy within days. The printed copy is required by Danish Copyright law

Roll forward to 2020 – I am now working on the vendor side having recently taken up a new position, within a library field – the management of physical items - which I am not fully familiar with. So  I am busy reading up on it using the access available to the general public,  for strangely enough, Open Access doesn’t seem to have made much headway in Library Science, but that is OK,  as at least for journal articles  the above-mentioned system of public walk-in/copies through my public library has actually worked well for me.

But, as my studies expand, I am moving into the realm of needing entire books not article copies which for centuries libraries have been pretty good at lending, curating, sharing with users across borders and continents. But here the advantages of the online format grinds to an abrupt halt – for anyone but the lucky ones with access. You cannot use Interlibrary Loans, and printing an entire book is illegal.

We all know, that with almost global stay-at-home orders the use of e-books has skyrocketed – it is mentioned again and again in the media and I guess we all know it from personal experience? E-books are wonderful if you have access.

However, as one of the have-nots, of the vast majority standing outside the sweet shop looking into the electronic riches of the Academic Libraries, I urge you to stop and think hard about e-books.  With the multitude of book titles, universal open access on a useful level doesn’t seem achievable anytime soon. The general variety of subjects and titles precludes most (Academic) Libraries financial means to provide access to all the titles their users need, so also for Academic users, the lack of ability to share a copy through Interlibrary Loans must be seen as problematic.
When I started my library career, my library had researchers - especially from the old Soviet Union and Eastern Europe - who came on exchange just to use the library – they literally lived among the shelves and emptied the photocopier for paper at night to ensure they would have enough material for years to come. Do we, in 2020 and beyond, want to return to the time of the travelling library user? Or do libraries expect to be able to buy everything their researchers need?

As for the private citizen, even with walk-in access? I cannot read a book in a single sitting, so even travelling to the library where it is held won't solve my problem. Right now, I have a company credit card, and I use it for buying the books I need. In print, of course, so at least I can share with my colleagues – and build an in-house library? I hope not. Maybe we – as a sector who cares deeply about free and equal access to information, who has worked unremittingly for decades on Open Access, need to rethink “Access” as something more than “freely available on the web”?
I am grudgingly and reluctantly beginning to see why print is still relevant: To use it only requires the ability to read and once bought it can be shared and shared again and it only needs a few centimeters of shelf space to be available for generations to come.

I welcome a discussion on this subject, hopefully, there is a solution I have missed. Right now I feel disenfranchised and quite sad – all just because of inability to borrow a particular book, temptingly visible in the Danish national library catalogue, but a lot less accessible than had it been in the vaults of State Library of the USSR from which I was allowed to borrow several books for my patrons.

This UKSG Editorial is taken from the industry newsletter UKSG eNews,published every two weeks exclusively for UKSG members. The newsletter provides up-to-the-minute news of current issues and developments within the global knowledge community.To enjoy UKSG eNews and other member benefits become a UKSG member.

The have nots.. Or confessions of a (former) serials librarian