What is needed to drive the OA transition in 2020? 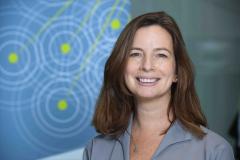 The creation of cOAlition S – set up towards the end of 2018 to bring into effect the Plan S principles of getting to a 100% open access (OA) future – dominated the OA debate in 2019, in Europe at least. With its 2021 deadline looming, when scientific publications that result from research funded by public grants must be published in compliant OA journals, it is likely that 2020 will be no different.

However, delivering this fully OA future, where all primary research is immediately available at no extra cost at the moment of publication, rests in many people’s hands. Below I consider three things which I believe need to happen in 2020 to get us, after many years of talking about OA, to a point where the transition is real rather than theoretical.

First, substantially more funders need to come on board and commit to funding gold OA. The Plan S initiative was admirably kicked off by a small, yet influential group of mainly European research funders but has yet to become a global phenomenon. Under 7% of published primary research articles are currently funded by either the EU / European Research Council or a member of cOAlition S, ('The Plan S footprint: Implications for the scholarly publishing landscape', Clarivate Analytics). That this has barely increased since cOAlition S was launched – funders joining in 2019 only accounting for a very small portion of published research –  is a clear blockage in the movement to a fully OA world. For example, according to data from Dimensions, the World Health Organisation publish c2,000 articles per year, Vinnova c900, and the South African Medical Research Council c700.

It means that the growth in the percentage of articles funded by cOAlition S is somewhere between 3-4%, well below the 6% growth rate expected this year for the research article market as a whole and declining in real terms. For the transition to happen on any meaningful scale significantly more funding bodies need to be on board. For example, in order for publishers to achieve the proposed year-on-year 8 percentage point increase in OA output cOAlition S is requesting of publishers, it would require the two largest US funders (NIH currently accounts for 4%; NSF for 3%) and the largest Japanese funder (the Japan Society for the Promotion of Science currently accounts for 1%) to all decide to fund OA for all the research they enable in the same year. Many more funders would then need to join them the following year, and so on. This is not impossible, but appears unlikely in the short term.

But it is not just funders who need to step up. Publishers have worked to increase the OA output ‘supply’ (the number of outlets in which authors can publish OA) and must continue to do so. Publishers also, however, have a role in increasing demand as the number of authors actually availing themselves of these outlets remains low. Taking a more active role in explaining the benefits of publishing OA to authors and funders has been a focus for Springer Nature and something we promoted during the initial consultation of the draft Plan S principles and repeated in our supplemental proposal on Transformative Publishing.

This is important because while we as publishers cannot force authors to publish OA or institutions and research funding bodies to fund OA, we can redefine our role in the transition – not just enabling change, but helping to drive the OA transition. We can stimulate demand by advocating, promoting, educating, and making the technical changes needed to measure and showcase the benefits of OA, and ensure our pricing and fees leave no doubt about which articles are funded in which ways during the transition.

Finally, and perhaps most importantly, an agreement needs to be reached on what happens during the transition to hybrid journals, and the permitted timeframe.

cOAlition S took an initial tough stance on hybrid journals. While this mellowed in the revised guidance with the announcement that hybrid journals would be a compliant route to publication for cOAlition S-funded authors so long as they are part of a transformative arrangement with a clearly defined endpoint, there is no doubt that the role mixed-model journals could play in enabling the transition, and for how long they should be allowed to play it, remains a flare point for some in the community. Challenges identified in the Transformative Journals consultation are seen as an attempt to ‘stall progress’.

For the OA transition to speed and scale up, I truly believe that a solution needs to be found which enables hybrid journals to become Transformative Journals which is acceptable to all. This is because by utilising the investment, track record, editorial expertise and trust these long-standing journals enjoy in their respective discipline communities, they have the potential to facilitate the transition of research article publishing from subscription to OA models while still meeting the needs of authors supported by funding agencies or institutions that can’t or are not currently supporting a transition to OA. By making the requirements over their future restrictive as opposed to challenging, we risk throwing the baby away with the bathwater. These journals still have significant community value and importantly provide a vital route to achieving a significant uplift in the number of authors publishing OA and subsequently the number of articles immediately available at publication.

Why does this matter? I consider us to be at an OA crossroads with a serious decision to make as to which direction we take. There are some who look at all the cOAlition S / Plan S discussions and can’t see the problem, believing that if publishers aren’t prepared to flip their journals in the timeframe required then funders can simply go down the zero embargo green OA route. And I can see the short-term attractiveness of this approach. After all, under this approach a version of the research will be available. But I fear what we may lose in the longer term is not being properly considered.

If green OA continues to be viewed as a sustainable route to full OA, and gold OA viewed simply, and wrongly, as the option to protect publisher revenues, then we will continue to miss the wider implications of this for the progression of open science.

Should publishers only be incentivised to keep adding value to the Version of Record (VoR), the Author Accepted Manuscript (AAM) will be left as only ‘good enough’ for public access but not for re-use by other researchers. Then we continue to lock away the full and true value of research for the wider community and stall the drive to open science.

If OA articles are really to be the catalyst to a world of genuine open science then it is full and immediate OA to the VoR with integrated open data sets, open methods and open metrics that is needed (supported through gold OA). This is fully open research and will enable greater researcher collaboration around high quality accurate science. It can increase the pace of discovery, the integrity of research publishing and the efficiency of the whole research process in many fields. And is why it is so crucial we get it right, and why collectively addressing these crucial elements in 2020 will be so important if we are going to achieve our joint goal of a fully OA future.

These views are the author's own and do not necessarily reflect the views of UKSG.

What is needed to drive the OA transition in 2020?