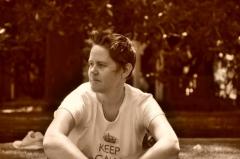 The values of scholarly research, as I have long argued, need to be disentangled from the ideology of open access. The dominant ideology is neoliberalism and this is imposing values of efficiency, transparency and compliance over and above those of academic freedom, equality and diversity. Freedom is not just about where academics may publish but what they may publish and many scholars, myself included, feel that this has already been constrained by the national research audit, the increasing emphasis on impact and by measurements and metrics that fail to consider what really counts as scholarship, and who counts in it.

Open access research is caught up in a culture of 'free' content but merely shifts the burden of payment from the reader to the author. Institutions are involved in both cases: paying for journal subscriptions and books through library acquisition budgets and, where relevant, administering block grants to cover article processing charges. There is currently no prospect of block grants to cover much higher book processing charges but there is a policy environment that favours the devolution of financial responsibility to individual universities, many of which are already struggling with funding cuts and increased competition.

Few universities, even ahead of the Augar review of student fees and the impact of Brexit, can afford to cover the cost of gold open access publishing. Fewer still can afford to ignore the mandate for REF 2027. This alone signals a hardening and consolidation of the existing hierarchy within the HE sector. Compliant institutions will have to draw on existing budgets and will be left with the difficulty of devising open and ethical procedures for allocating funds. In a bare bones scholarly publishing economy, how will universities decide what and who to publish? We cannot have published research sourced only from what a recent and important book, Dismantling Race in Higher Education refers to as the ‘finishing schools for the global wealthy elite’ and a subsequent worsening of the existing crisis of race in the academy.

We have started to consider equality for early career, retired and unaffiliated researchers. We have acknowledged the diversity of publishing in arts, humanities and social sciences (AHSS) and even of the book itself. But we have much to do in considering the implications of open access policy for gender and racial inequality. Data produced by some open access publishers is promising for widening access globally, but we also need to consider the cost of open access to researchers and universities in the developing world.

Unfunded mandates will exacerbate existing inequalities but we have the option of working together as joint stakeholders (universities, researchers, libraries, publishers and funders) to share costs and promote recovery and diversity projects that, if they were to scale up, could contribute to opening up scholarly publishing and decolonising the canon.

Goldsmiths Press supports two such projects and is more invested in the values of scholarly research than in the ideology of open access. It became the UK’s first green open access monograph university press publisher because, as Director, I anticipated the extension of the mandate from articles to books. Green open access is a more sustainable but not necessarily more satisfactory option than gold, and in practice the press operates in the space in between, using embargo periods, a fair and varied pricing model and migrating open access books between our institutional repository and our distributor’s platform, PubPub. Goldsmiths Press is partnered with The MIT Press and is part of the Radical Open Access collective. It is one example of a more ethical and sustainable route to open access and may one day, hopefully, be a case study in how to do open access otherwise.

On Friday 24 May 2019 Goldsmiths will host a national academic stakeholder event on open access. The context is clear, as is the rationale: we need to, though we haven’t yet heard from a wide base of researchers and HE institutions on the implications of current UK policy including Plan S and the mandate for open access monographs, tied to REF 2027.

Focusing on research culture and values in the arts, humanities and social sciences, this is an important event but it should not stand alone. With academics and senior managers taking centre stage, alongside funders (both Jisc and Research England are participating), publishers and librarians, I expect a lively and contentious debate that, as the organiser, I will steer towards concrete suggestions but not necessarily conclusions. We will need more such conversations and, as I will argue, collaborations between stakeholders if we are to have an open access policy that is both ethical and sustainable.

Examining critical issues in open access and scholarly communications does not mean raking over old coals. In order to make any progress, we will need to build on recent events, notably at the British Library (University Press Redux) and British Academy in 2018, and on the British Academy and recent UUK reports which have already flagged up a number of questions and concerns. These include the still unresolved issue of funding; academic freedom; the pace of policy development and the need to adapt policies derived from STEM fields and journal publishing to AHSS and book publishing.

Both Jisc and UUK have depicted a complex, international and diverse book publishing landscape with discipline specific requirements, the need for more restrictive open access licenses and exceptions for areas such as creative writing. We have heard that the current gold and green models are too limited and that we cannot proceed on the basis of a one-size-fits all approach to open access.

What this means, surely, is that we need a tailor-made open access policy for AHSS that covers article and book publishing, ignores the colour scheme altogether and breaks with a somewhat cynical tradition of highlighting small-scale, directly funded projects in order to reflect a global publishing industry. This industry is not reducible to commercial journal publishing, even though it may be dominated by it. Open access policy needs to take more account of scholar-led, not-for-profit and mission-driven university press publishing that is already, arguably, better attuned to the values of scholarly research.

These views are the author's own and do not necessarily reflect the views of UKSG.